Node.js vs. Go: Which Should You Choose for Backend Development? Uncategorized 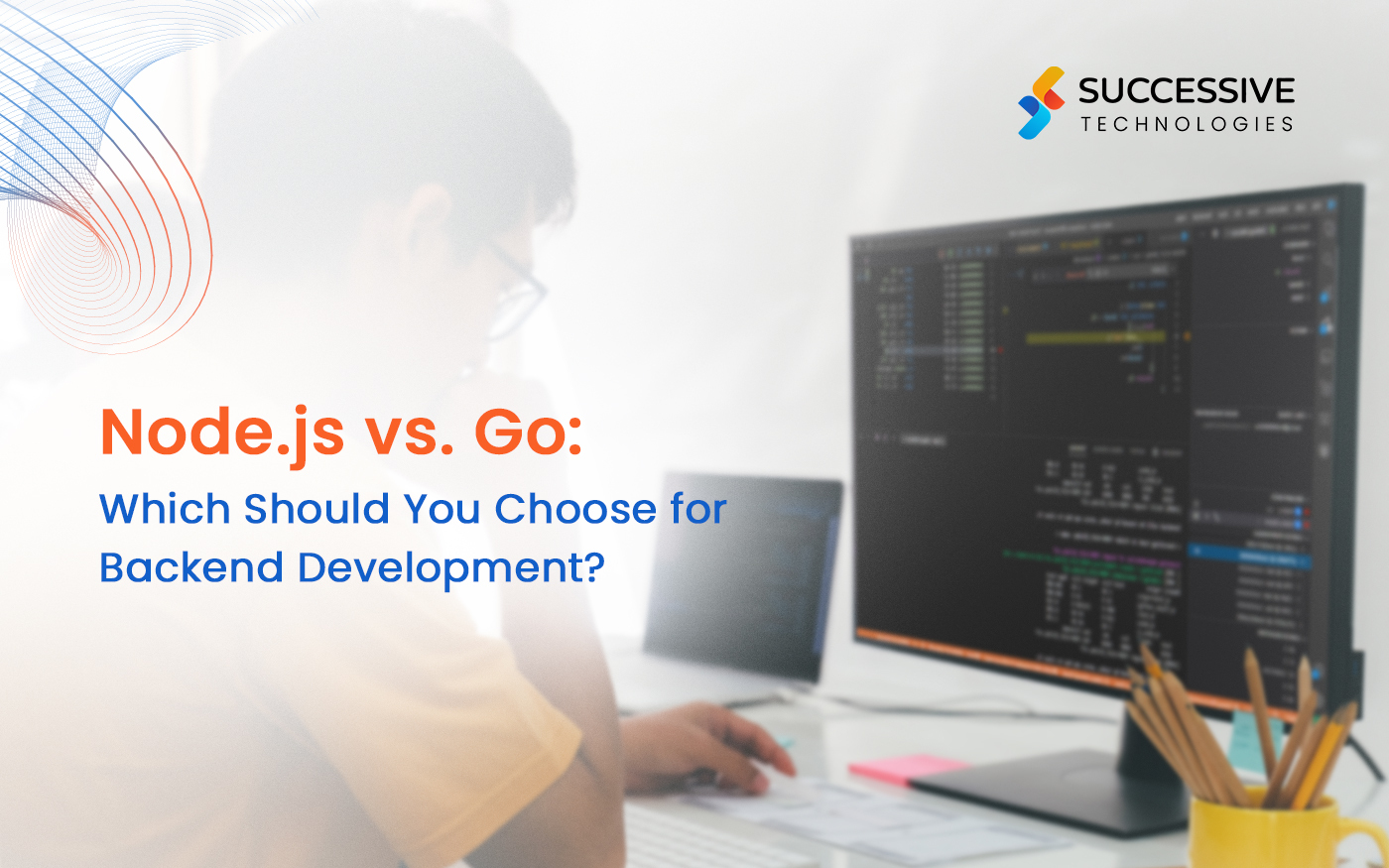 Although they can seem like entirely different technologies to the uninitiated — Go is a programming language while Node.js is a runtime environment — both of these are used extensively for backend development.

Both of these are extremely fast and powerful tools in their own right, able to handle complex business logic and perform critical operations.

And the similarities don’t end there. Both were also developed around the same time, in a move away from traditional server-side languages such as PHP and Java.

So how can you decide which one you should choose for your website or application development?

This article offers a comparison between Node.js and Go across a number of parameters so that you can make the right decision for your business.

First, let’s learn a bit more about them.

First introduced in 2009, Node.js is a JavaScript runtime. It is compatible with several platforms, including Mac, Linux, and Windows.

For these reasons, many well-known brands like LinkedIn, PayPal, Uber, eBay, Trello, and more, have used Node.js in their applications.

Created by Robert Griesemer, Rob Pike, and Ken Thompson at Google in 2007, Go or Golang is a relatively new general-purpose programming language. It is open-source with attributes from a few other languages — for instance, it has a similar syntax to C.

Go was initially developed by Google as an experimental project, and the intent was to create a powerful and practical language. Two years later, it was made available to the public as an open-source language. Developers prefer Go due to some of its key features including concurrency, garbage collection, and memory safety. It is often compared with other open-source technologies such as PHP and Java.

Owing to all these features, companies like Dropbox, Intel, SoundCloud, Dailymotion, and others have used Golang.

How do the two compare against each other?

Now that we know a bit more about these two technologies, let’s make a side-by-side comparison between Node.js and Go, considering some of their key attributes. This will help us to get a better understanding of their similarities and differences.

Some of the most critical factors to consider are the learning curve for each, their performance, and their scalability. We’ll examine these and other aspects in depth below. 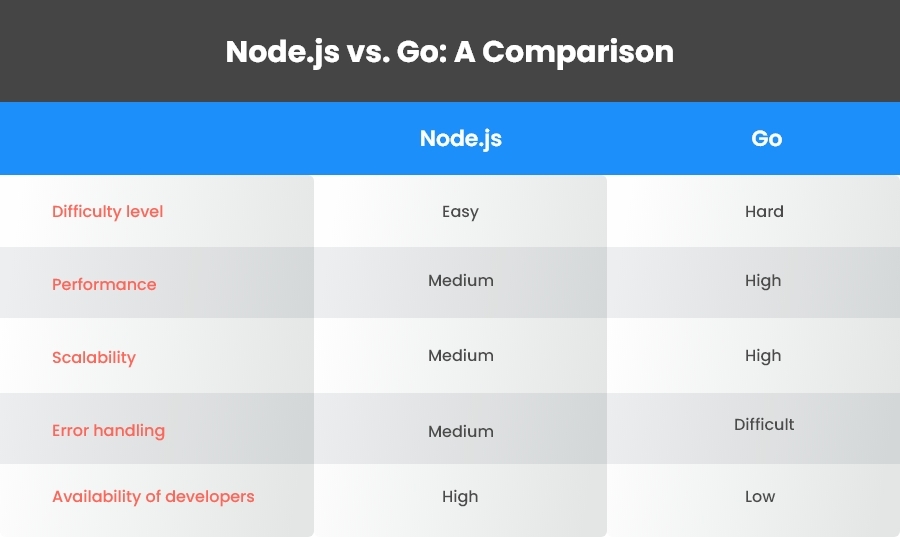 Node.js is the clear winner out of the two for this parameter.

With JavaScript being one of the most widely-used programming languages across the world, most website developers are already familiar with it. This makes learning Node.js much easier for them.

In the rare case that your developers are not comfortable with JavaScript already, the abundant learning resources available on the internet for Node.js can help. The large global JavaScript community also means that support can easily be found in case of any issues.

In the case of Golang, while it isn’t necessarily difficult, developers are required to learn an entirely new framework along with aspects such as its processes, rules, interfaces, pointers, strict typing, coroutines, and more. This is why it’s a good idea to have someone in your team who is familiar with Golang before expecting other developers to learn and use Go. 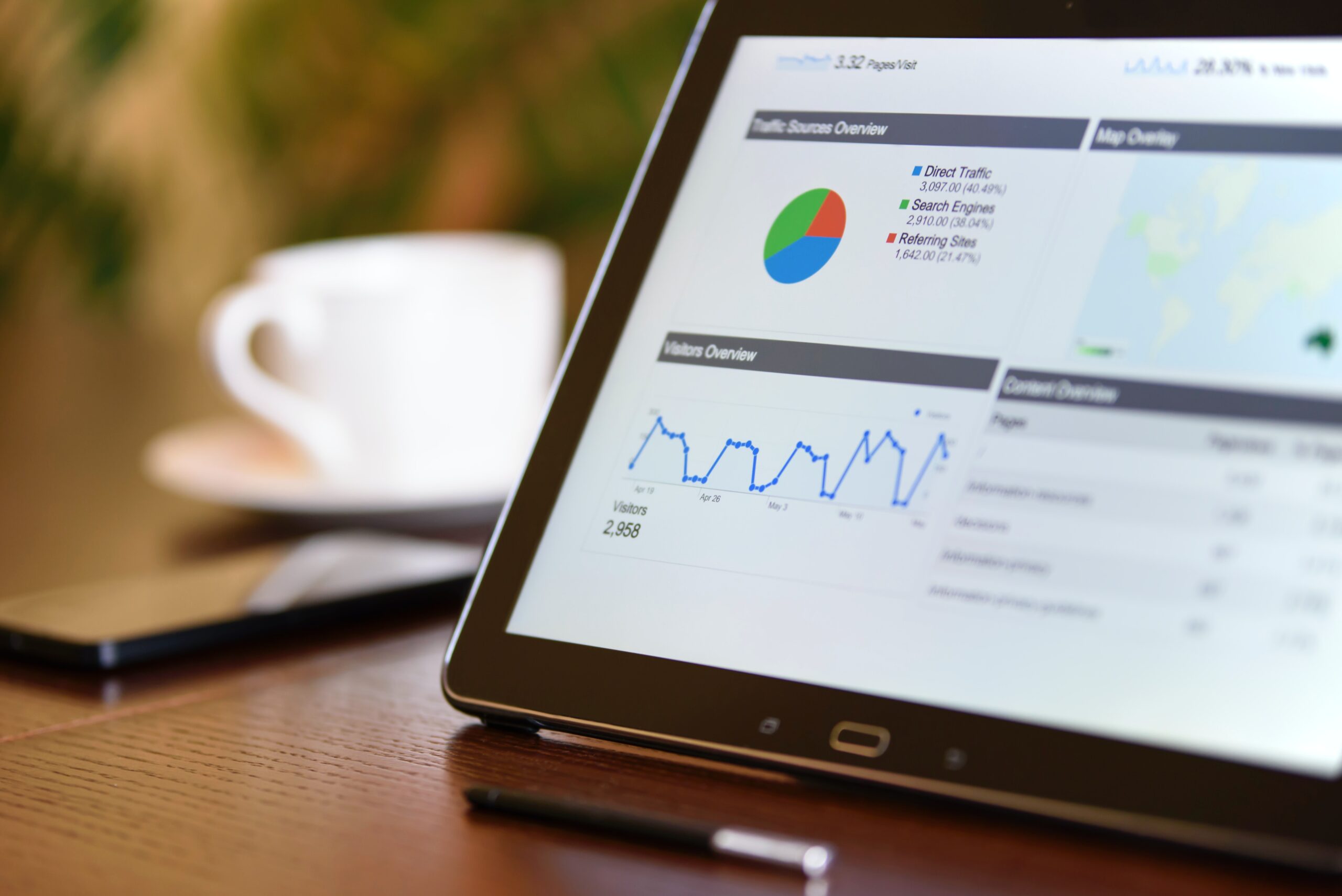 Golang was introduced by Google in response to issues experienced with other programming languages. It performs at the same level as C and C++, which is really fast.

Since Node.js is based on JavaScript, it is a bit slower. However, Node.js has always been hailed for its excellent performance even in unexpected scenarios. One of the major reasons behind this is that it can use all the system resources efficiently due to its event-driven, non-blocking I/O architecture. This enables Node.js applications to serve multiple requests with few resources. Like Go, Node.js also offers garbage collection features.

When it comes to real-life performance, both Go and Node.js show similar results.

Read An Overview of Microservices

Go and Node.js are both scalable but in different ways.

Go was created with scalability in mind and is known to scale very well for servers due to its low resource usage. Concurrency is its strong suit. Goroutines (functions or methods) can be run in parallel to each other and are extremely lightweight. Thousands of these can run at the same time without much impact on the RAM.

Node.js is single-threaded and doesn’t allow for scaling like Golang. However, its non-blocking I/O model allows it to utilize all of the available memory to perform multiple actions simultaneously without any bottlenecks.

While both allow you to create scalable applications, Go is the better choice if you need concurrency.

Error handling is an important aspect of any programming language. After all, nobody wants bugs to slow down the performance of their application. In this respect, Node.js and Golang are similar to each other.

Node.js offers the traditional try-catch error handling mechanism that most developers are familiar with. This means that errors are caught when they occur and prevented from getting to the server.

Golang also handles errors well, but in a somewhat different way, using the explicit style of error handling. It demands a disciplined approach to coding that may be difficult for developers to adopt at first.

While Go’s style of error handling helps to write more secure and maintainable code, Node.js still has the edge by being more accessible to developers who are not well-versed in Golang’s method of error handling.

Size of the developer community 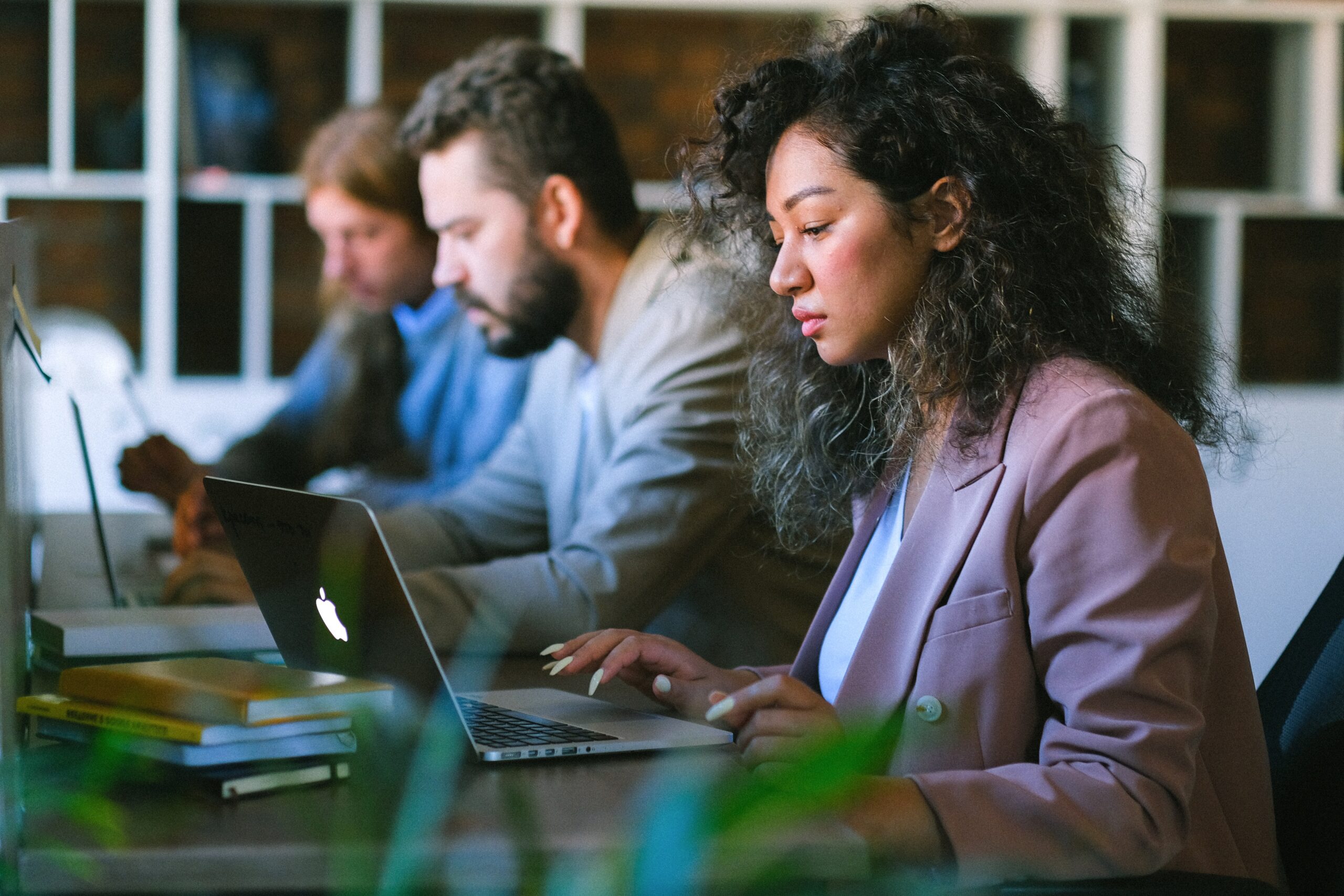 Any comparison between Node.js and Go would be incomplete without considering their respective developer communities. On this parameter, Node.js beats Golang by a mile.

Node.js is one of the most well-known JavaScript frameworks and its community has only grown over time. The sheer number of developers familiar with JavaScript and therefore Node.js is much higher compared to those familiar with Golang.

The community is active and has developed a large number of free resources to aid developers who are using Node.js. This is where developers can go if they need any support.

As mentioned earlier, the learning curve for Go makes it a less attractive option for developers compared to Node.js. Golang’s community is not as large or strong. The official documentation is good, but Go developers tend to be independent and solve problems on their own. If your team needs a community-based framework where they can always find help if needed, then Golang probably isn’t the right choice.

Consider your project needs when making your choice

In doing our comparison between Node.js and Go, we find that both Node.js and Golang are good options for building fast, scalable and secure web apps. But which backend technology you choose will ultimately depend on the needs of your project and your team’s skill set.

Golang was created by Google specifically to solve problems they faced when trying to use other programming languages. And it does a remarkable job in that regard. It is fast, scalable, and secure. When you compare Go to Node.js, the only advantage that Node.js has is its extensive community.

Although Golang is a good language, you will have to deal with its smaller community and higher learning curve. Node.js has a huge advantage here because of its extensive documentation and easy-to-access pool of developers.

Ultimately, it’s up to you to decide which backend technology would be better suited to your project. But we hope that the points we’ve mentioned here will help make your decision a little bit easier.

If you’re looking for a partner that specializes in Node.js application development or consultancy, contact NodeXperts. With over 300 experienced professionals focusing on web and mobile app creation, product engineering, and cloud service delivery, NodeXperts can support your enterprise with a comprehensive portfolio of services. 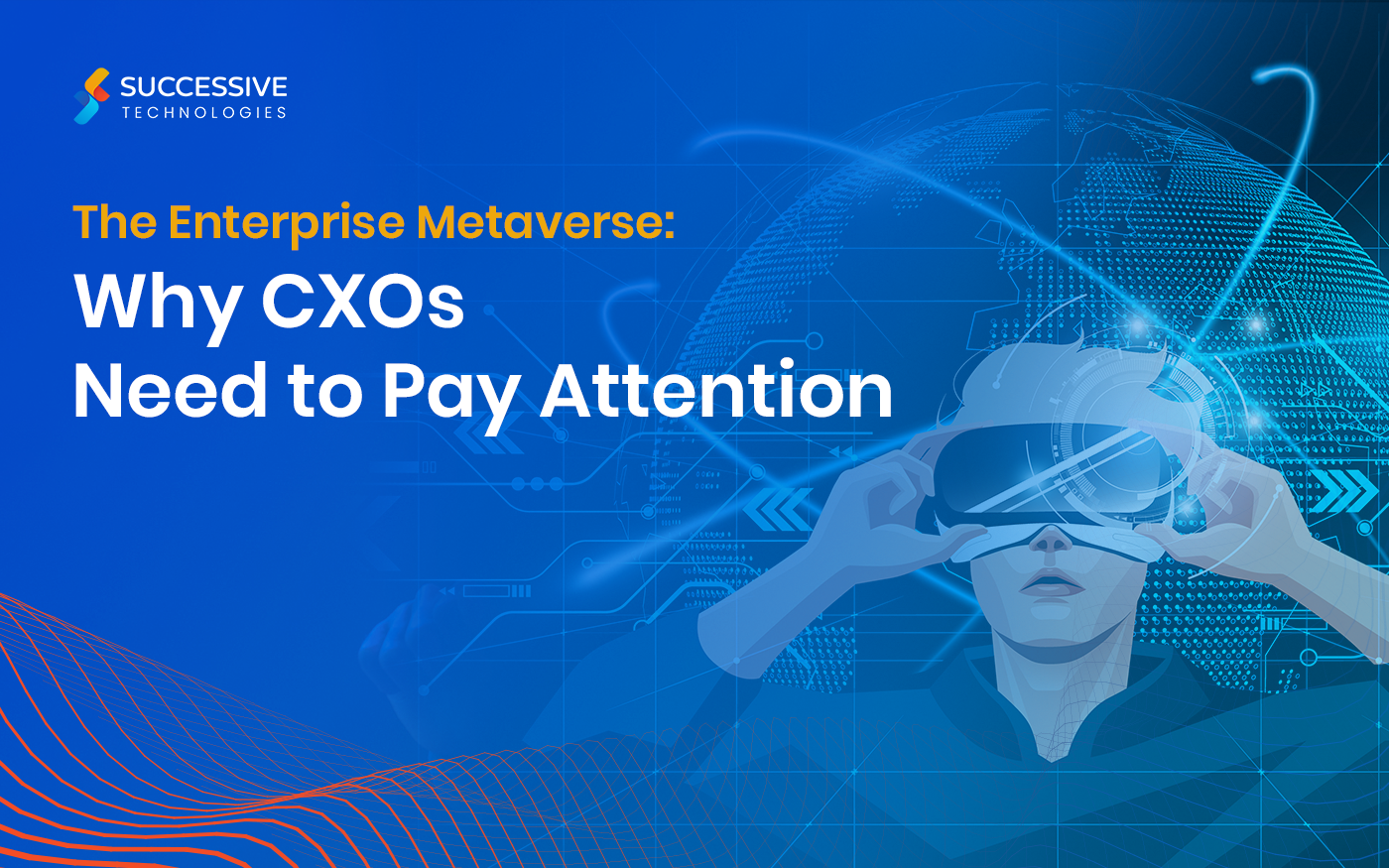 The Enterprise Metaverse: Why CXOs Need to Pay Attentio... 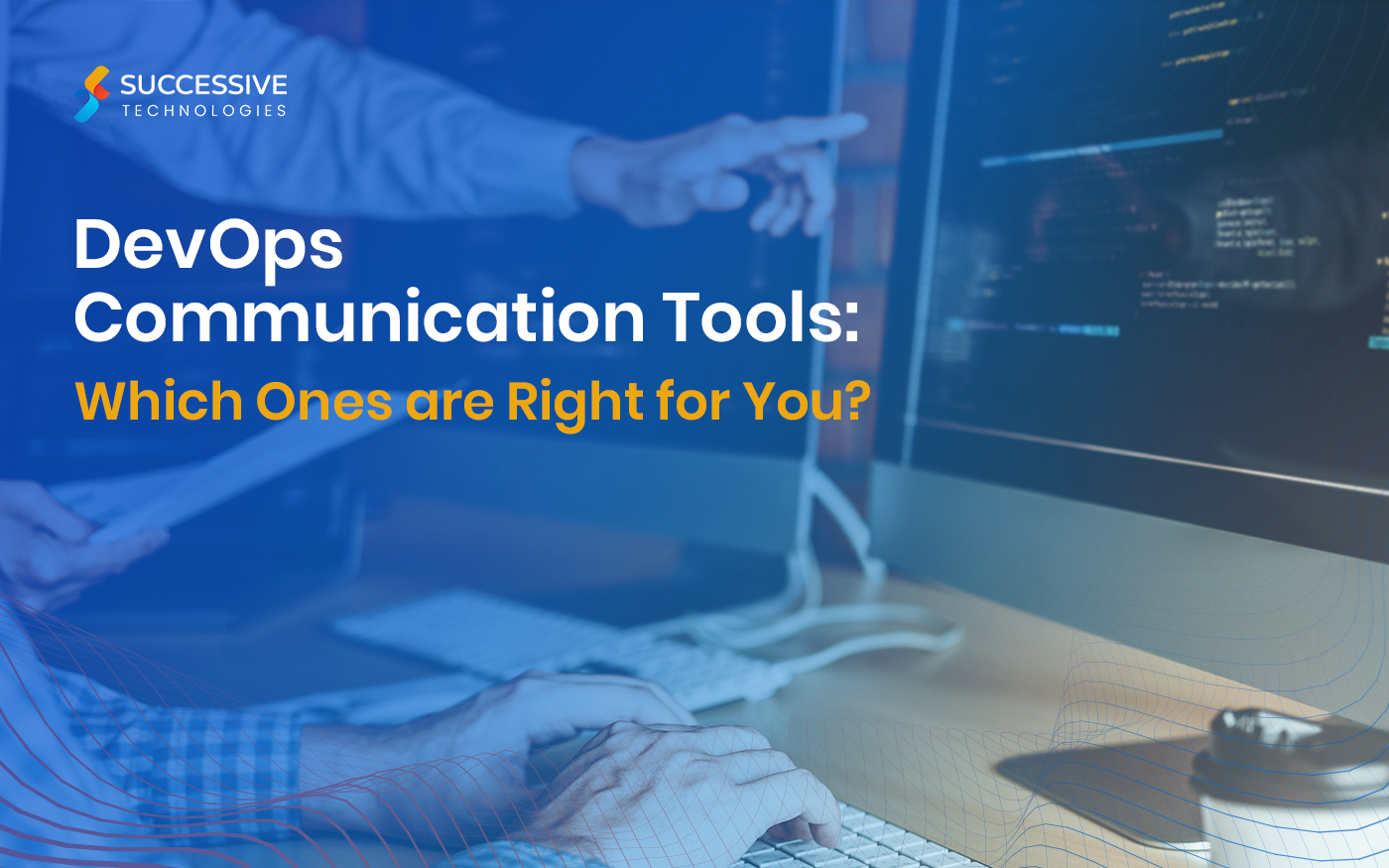 DevOps Communication Tools: Which Ones are Right for Yo... 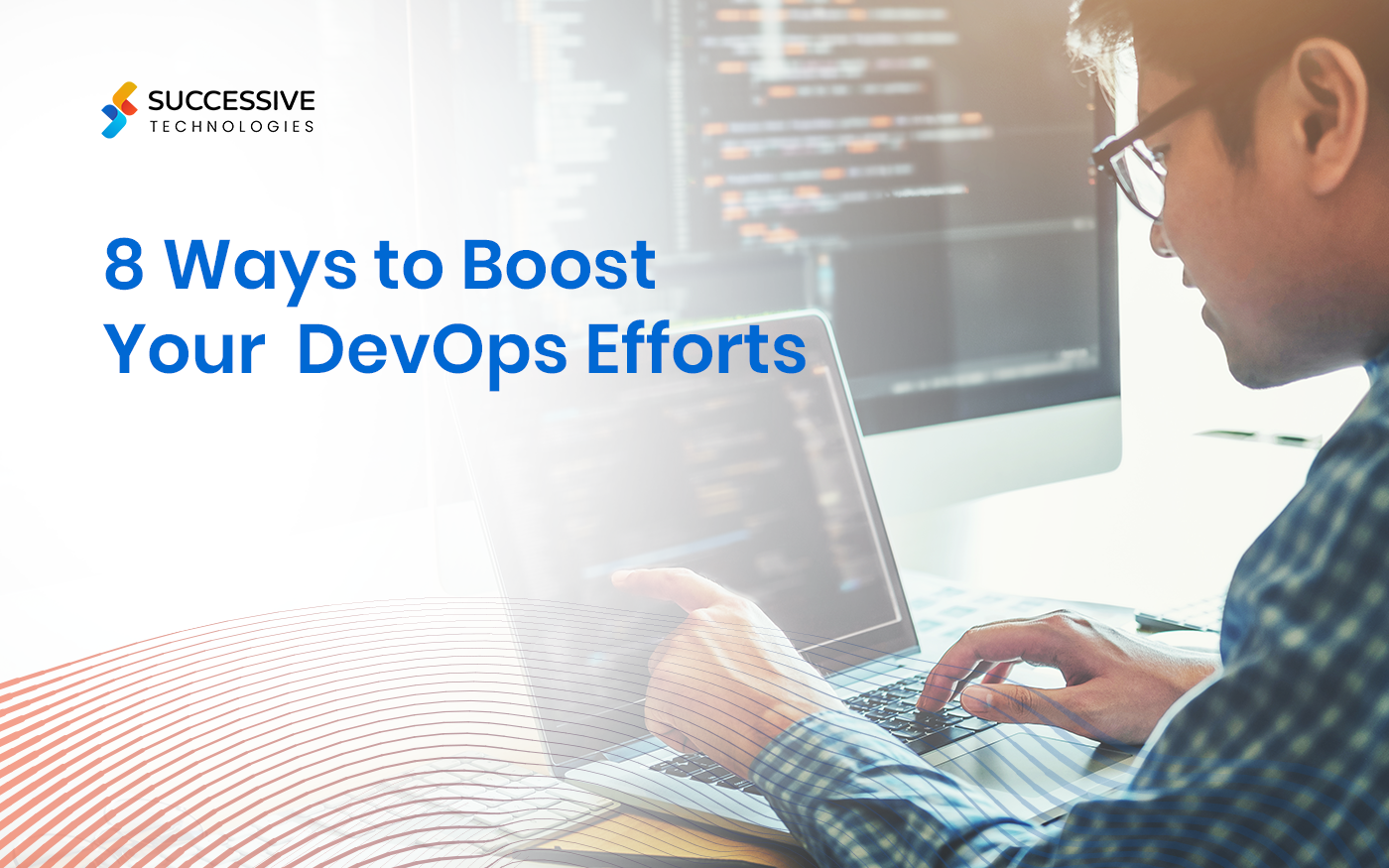 8 Ways to Boost Your DevOps Efforts