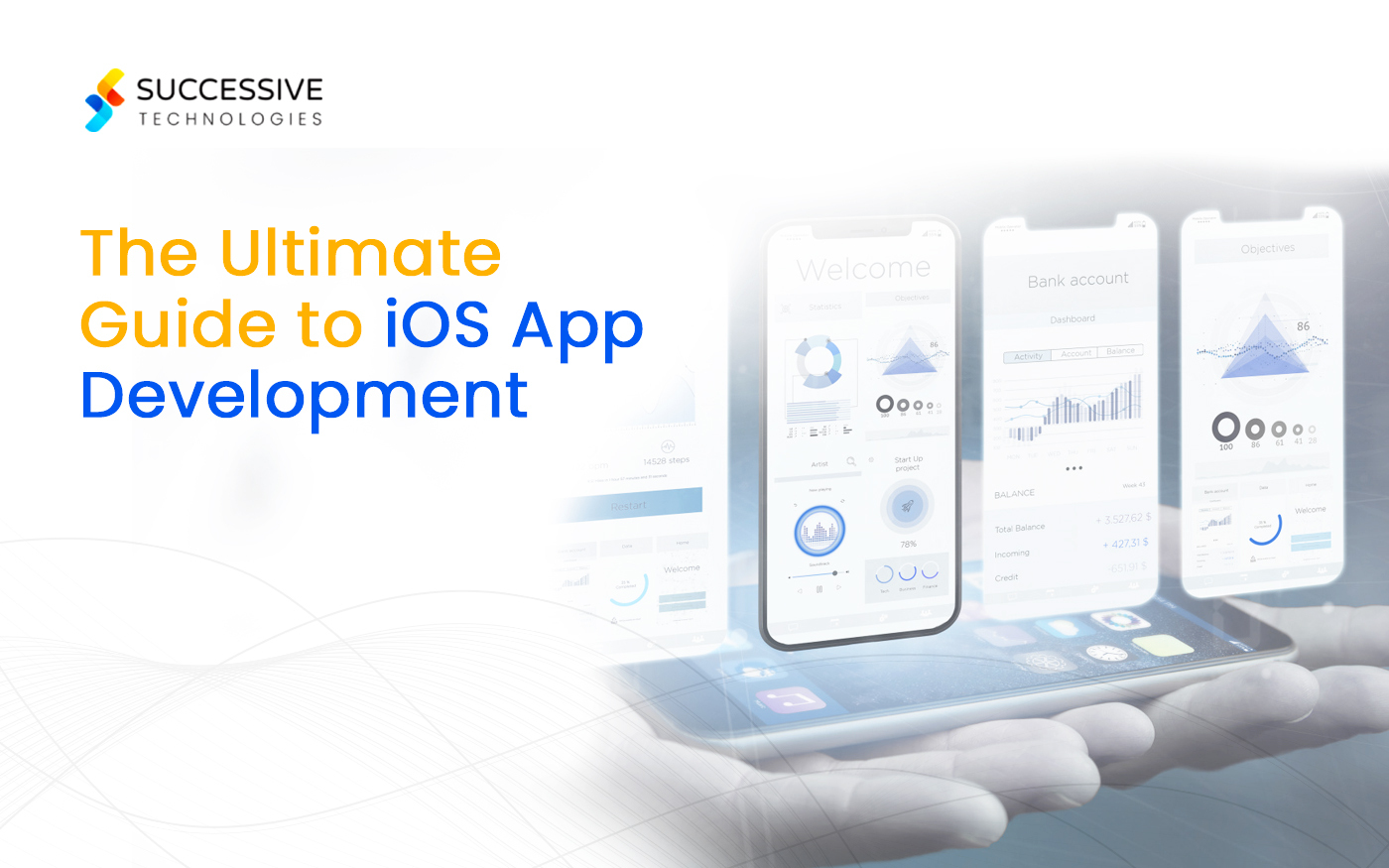 Therefore, it only makes sense for enterprises to optimize digital journeys for improved conversions and better customer retention. One way to approach this is by building a powerful website. This works well for many companies but also limits them from personalizing user experiences—especially when users are offline. A much better alternative today is a mobile application.

Most customers prefer apps over websites. Visionary companies recognize this and deliver, with thousands of apps being built every month for iOS and Android devices—more so for the latter, given its gargantuan 70 percent market share.

So why should any enterprise invest in building an iOS application? And even if there is a strong case for iOS app development, how can companies successfully build an app that meets user expectations and truly delivers a high return on investment from a revenue and customer lifetime value standpoint?

First—why build an iOS app at all?

Building a mobile application for any platform is a significant investment. Developer time and development budget can instead be spent on building and improving a website that can be accessed through a browser. So, why invest in iOS mobile app development? Here are three key reasons.

Despite iOS having a significantly lower global market share than Android, on average, Apple’s App Store generates nearly twice the revenue generated by Google Play. This means that enterprises currently catering to only Android users can boost revenue by delivering exceptional apps to iOS users as well.

What types of iOS apps can you build?

These are mobile applications developed specifically for a device’s operating system. These apps, typically accessed through icons on the home screen, can work offline and take advantage of device features to perform optimally.

Native apps perform better than other app types and are more secure. When impeccably executed, these apps also offer a better user experience and can also be used offline. But these can be expensive to build for individual operating systems.

These are pseudo-applications that are really websites made to look and feel like native apps. Accessible through the browser, these mobile-optimized ‘apps’ can also take advantage of device features through APIs, although in a limited capacity. 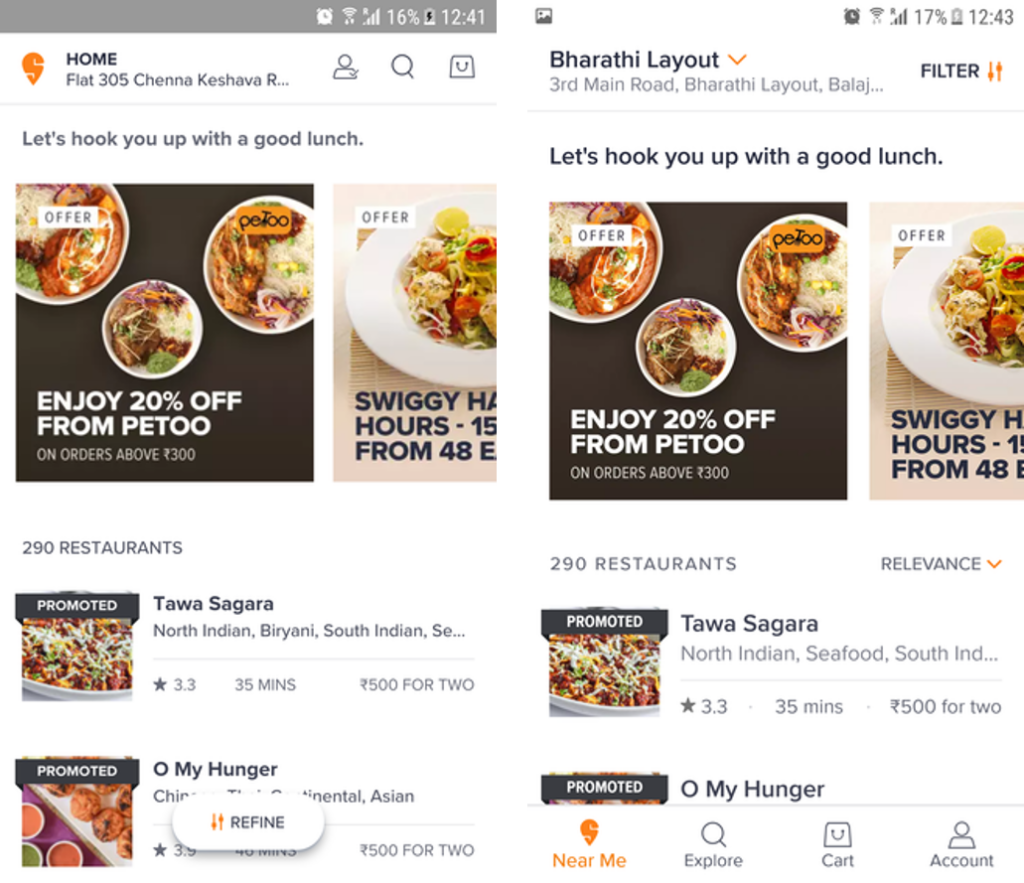 Web applications are quicker and more economical to build, easier to maintain and upgrade, and don’t need app store approvals for publishing. But apps built this way may not work offline and may have noticeably slower performance, adversely impacting user experience.

Such applications live in app stores but are really browsers embedded within a native app shell. These are downloaded locally on devices and are powered by browsers and plug-ins to enable users to access dynamic online content.

Hybrid apps are platform-agnostic, which translates to quicker development and lower production costs. But this can come at the cost of slower performance and inconsistent user experiences.

What frameworks are ideal for iOS application development?

There are many moving parts in the mobile app development process. Teams have to structure, test, evaluate and debug software, manage integrations and development tools, create wireframes and prototypes, write clean code, design the UI, and carry out other ancillary tasks that support successful development. To ensure this development process operates like a well-oiled machine, development frameworks—also known as integrated development environments (IDEs)—must be employed.

IDEs bring together all aspects of mobile app development in one single coding environment, which enables developers to be more productive and automate processes wherever possible. Let’s explore the most popular IDEs for iOS app development, and what they bring to the development table.

XCode is Apple’s integrated development environment (IDE) for the development, designing, testing, and distribution of applications for iOS devices. It is the most preferred iOS IDE for professional developers and forms the foundation for all iOS application development. It is also a prerequisite for app development in other environments. 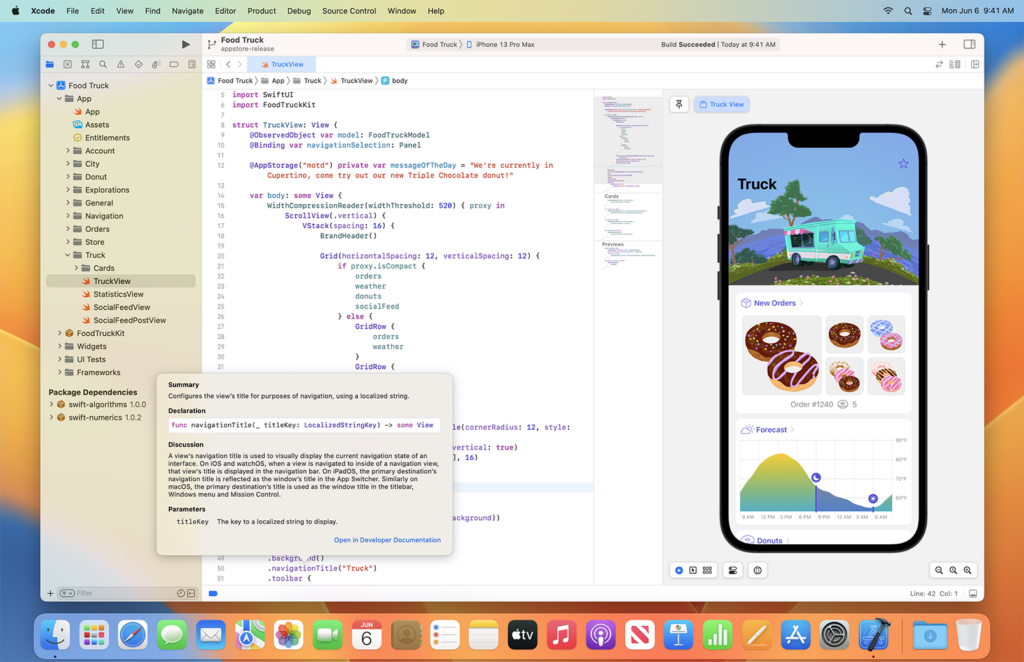 XCode offers powerful development tools such as the Swift programming language and the SwiftUI user interface framework, TestFlight for product testing, and Apple Store Connect for publishing and managing apps on the App Store. Apple also offers developers the XCode Cloud, which is a continuous integration and delivery (CI/CD) model for builds to happen faster in the cloud. 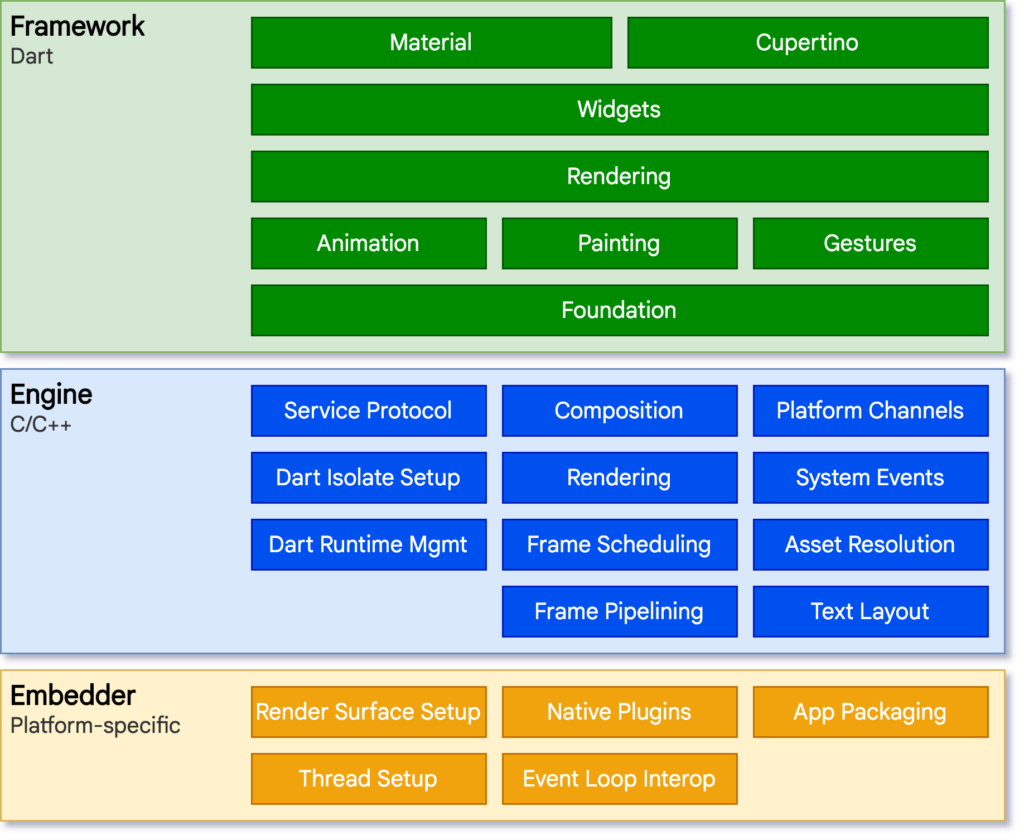 Flutter is founded on an extensible system, and exists as a series of independent libraries dependent on the underlying layer. Every component of the framework is optional and replaceable. Source: Flutter

Widgets are at the core of app development with Flutter. Developers can build stunning apps quicker with a vast library of widgets and many functionalities.

After Flutter, Meta’s React Native IDE is the most popular cross-platform development framework for developers.

Beyond this, React Native offers a Fast Refresh feature to further expedite the development of fast and future-ready applications with performance similar to that of applications built on native code (Swift).

React Native also has a huge developer community and a vast repository of resources to aid developers in the iOS application development process.

Xamarin’s primary programming language here is C#, which is amongst the most popular general-purpose languages and is run on Microsoft’s reliable .NET ecosystem.

With Xamarin, development time and costs are reduced significantly, which means enterprises can take stunning and feature-rich applications to the market faster, and achieve a higher return on investment as compared to undertaking multiple development projects.

A roadmap for iOS app development

Planning is at the core of any successful app development project. Without a concrete and well-thought-out plan, development can be a long-drawn process that can quickly drain your budget while your competitors win the market. To ensure maximum ROI, here’s a six-step roadmap for iOS mobile app development that you can follow.

1. Build a plan of action

You have an idea. You have the budget. But before kicking off the software development lifecycle, it’s crucial to formulate a plan of action for optimal results. For this, you must answer the following questions:

Answering these vital questions can help you define an effective and economical strategy for building an iOS app.

2. Decide if development will be outsourced

Your business has a clear requirement for an iOS app. But who is going to build it? Will you hire an iOS app development agency like Successive Technologies, or will development happen in-house?

To find a definitive answer, here are some questions to answer:

If the answer to most of these questions is a resounding ‘no,’ outsourcing development to an experienced iOS app development agency may be your best bet.

3. Create and refine a mockup

Once you’ve determined a development roadmap and assigned the project to an in-house or outsourced team, the next step is to ask the team to build a mockup for realistic visualization of the app’s look and feel and to ensure that the final product adheres to Apple’s Human Interface Guidelines.

Mockups can help you identify what does and doesn’t work in your envisioned app idea and subsequently refine the idea for optimal results. Here, viewing the mockup from a user experience and user interface design standpoint is crucial.

4. Set a deadline and begin development

Once your idea is perfected, it’s time to turn concept into code. This phase must start as early in the lifecycle as possible to quickly arrive at a working prototype that fully validates app functionality and underlying assumptions.

Before entering the production stage, business leaders and project managers must clearly define project timelines and the deadline for all stakeholders, especially the development team.

If development is outsourced, you must ask the agency for clear milestones pertinent to the development, testing, stabilization, deployment, and distribution of your iOS application(s).

5. Test and stabilize the prototype

Once the initial prototype of your iOS application is ready, it’s time to test it for user acceptance and quality.

Your iOS app must undergo usability, functional, localization, performance, memory leak, security, speed, interruption, and other forms of testing to ensure it meets Apple’s requirements. Flaws and deficiencies must be refined, and the application must be stabilized to go from being a prototype to becoming a release candidate. 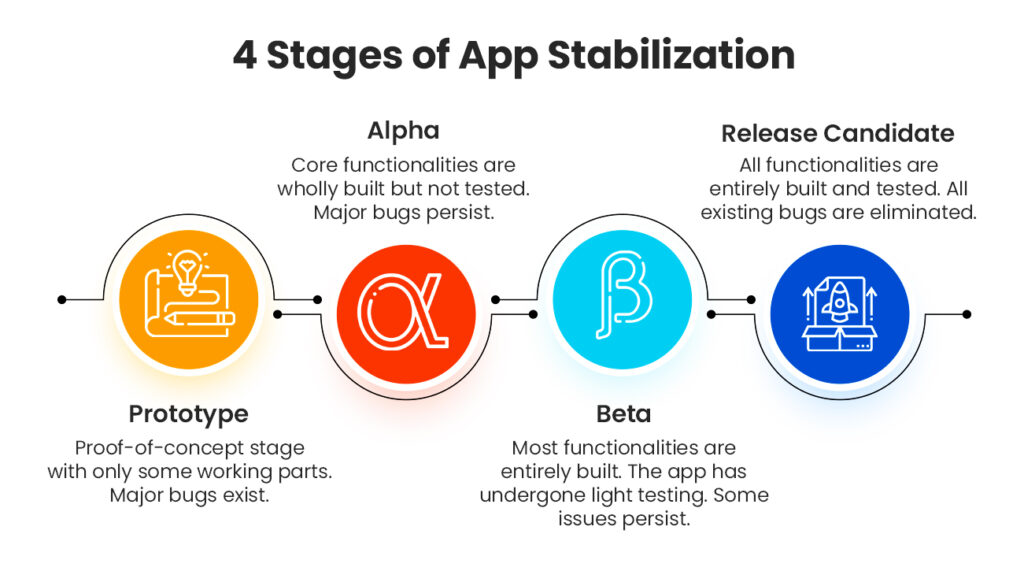 At different stages of the stabilization process, the app must be opened to appropriate stakeholders. For instance, while the prototype can be released to internal quality assurance professionals, the release candidate can be distributed to select customers for feedback.

Given that most users who encounter hiccups in user experience are likely to uninstall the app without sharing feedback, it’s vital to ensure that this testing and quality assurance process is thorough.

6. Submit the final app for approval

Your final iOS app is now ready for distribution!

Before users can access your app, you must submit it for review using App Store Connect. Apple reviews submissions based on their safety, performance, business, design, and legal guidelines.

The following is the workflow of app submission via App Store Connect.

There’s a clear case for enterprises to invest in iOS app development: customers—most of whom are on mobile—get easily accessible and exceptional digital experiences, while businesses generate revenue through app sales and boosted conversions.

But there’s so much that can go wrong with developing an iOS app. Budget overruns, poor final build quality, improper testing, feature bloat, and other threats—known and unknown—can quickly become the reason why Apple or the end user rejects your app, rendering your investment worthless.

Building an app can be challenging and drain your budget with a never-ending improvement loop. It doesn’t have to be this way.

At Successive, our expert iOS app developers leverage DevOps and leading-edge technologies to deliver scalable software solutions. To discuss your iOS app idea, give our solutions expert a call today! 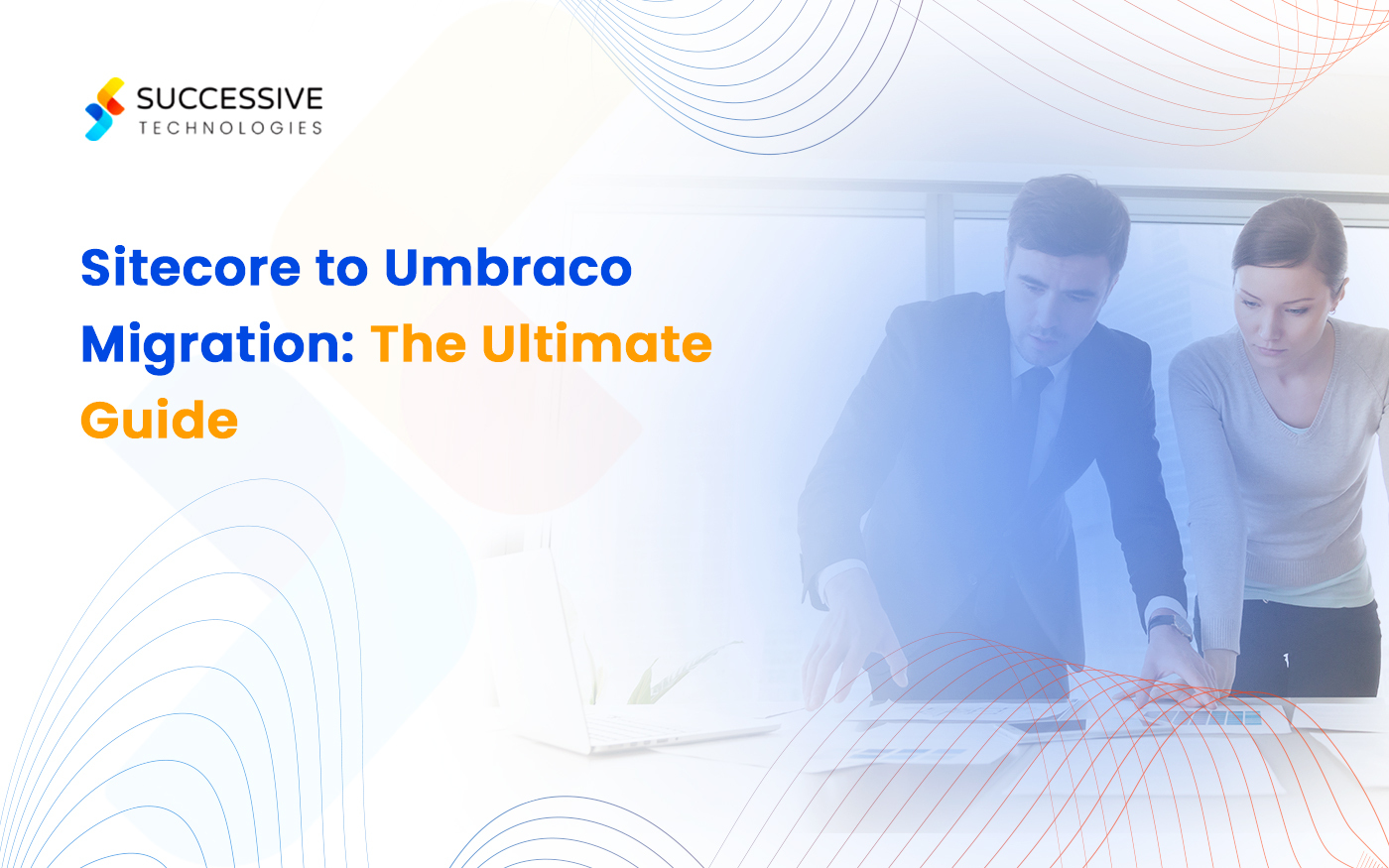 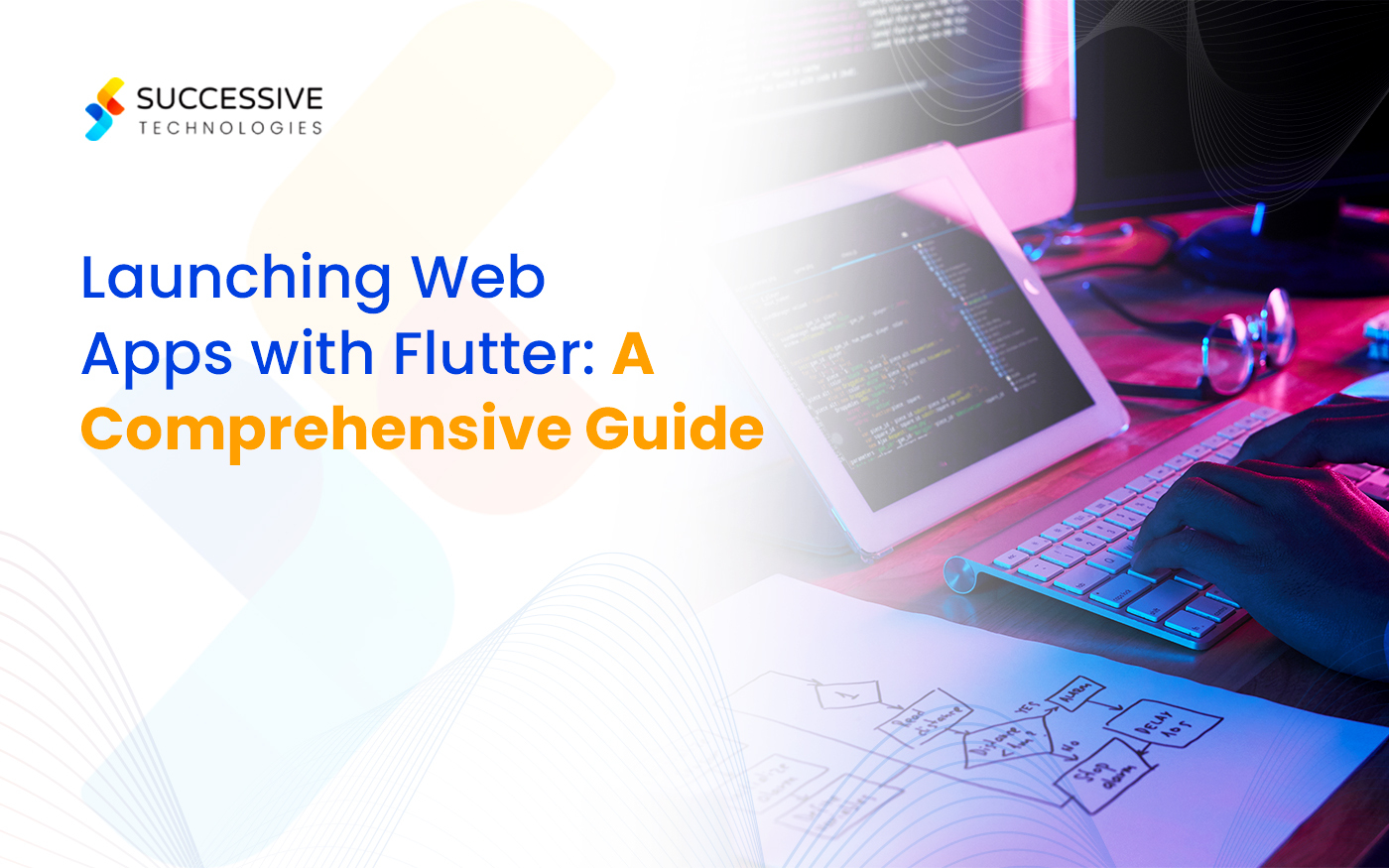